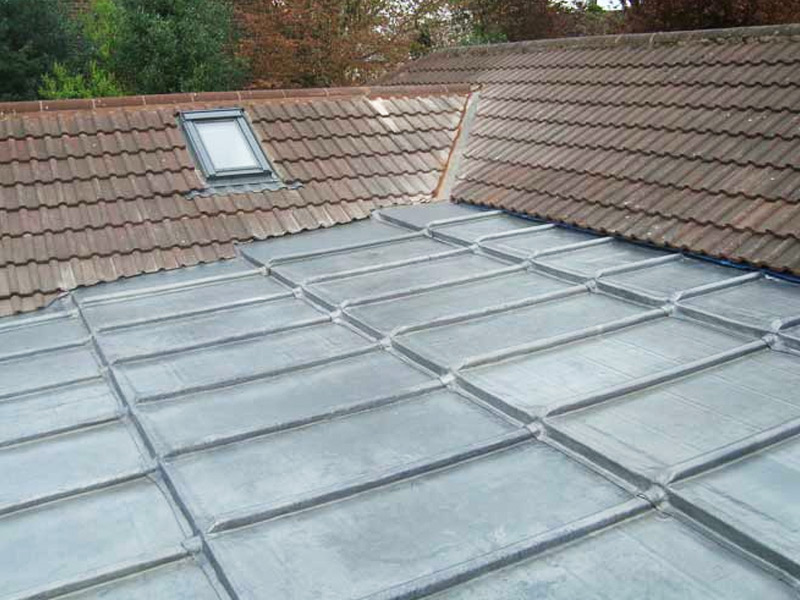 13 Feb The Story of Roofing Lead

Lead has been used in roof construction for centuries, due to its superb malleability and low melting point.

It can be moulded to any shape, is highly resistant to corrosion and non-combustible, making it ideal for all roofing applications.

Lead is used in roofing in many capacities, from flashing to flat roofs, valleys, gutters, downspouts and water hoppers. One of the first metals to be smelted, lead is thought to have been first mined in 6500 BC, in Anatolia. It was used extensively in Roman aqueducts between 500 BC and 300 AD. The Normans were also known to have used lead in their buildings, in the form of both pipes, guttering and roof coverings. Churches throughout history have used lead for their roofs, and lead has served these ancient buildings extremely well. Indeed, we would have lost many of the beautiful ancient buildings, were they not protected by lead. Because of this, lead is still the preferred material today for roofers and homeowners when looking at their roofing needs. Portico roofs and flat roofs are still made with sheet lead, and the material is prized for its period look and classy, understated style.

Today, roofers must follow strict rules when handling roofing lead, as it is as toxic now as it was in antiquity. As far back as the 2nd Century BC, biologists and physicians noted the toxicity of lead. It is astonishing, in the light of this, that it took so long before lead piping was banned in the UK. Up until the 1950’s lead piping was used in buildings, and it was only finally banned in 1969. The toxic effect of lead is cumulative, and only affects those who handle it every day, which is why roofers follow strict guidelines in its use. It should be noted that lead is not toxic to homeowners when used on their roof, and it remains the most efficient and effective way to waterproof joints in roof construction.

Lead can last up to 500 years, and is 100% recyclable, making it one of the most environmentally friendly choices you can make when considering a roof covering. More than 95% of lead used in the building industry today is made from recycled materials. Three million tons of lead is recycled from scrap every year, which is partly due to the stability of its value. No lead is wasted, and with other roofing materials requiring replacement at a more frequent rate, the slightly higher cost of lead is easily offset. Using such a highly recycled material also means a reduction in demand for other synthetic materials produced as a substitute. Another green box ticked.

Aside from its green credentials and longevity, lead roofs are extremely attractive. Many period buildings have turrets and parapet roofs lined with lead, and the ancient patinas range from dark to light grey, with all shades in between. Modern usage in new builds is increasing, and today’s architects are keen to use lead due to its environmental credentials – essential when choosing building materials these days. Planning departments like green building materials and frequently demand that they be used. It is certainly worth considering lead as a roofing material if you are restoring an old building or building a new one.

Sorry, the comment form is closed at this time.